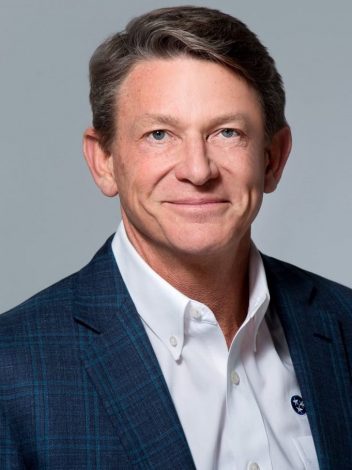 Randy Boyd was appointed president of the University of Tennessee by the UT Board of Trustees March 27, 2020, following a sixteen-month period as interim president. Boyd took office Nov. 22 following the retirement of UT President Joe DiPietro. As UT’s 26th president, Boyd serves as the chief executive officer of a statewide university system. The flagship campus in Knoxville includes the Space Institute in Tullahoma and the statewide Institute of Agriculture. The UT System also includes campuses in Chattanooga and Martin; the Health Science Center in Memphis; and the Institute of Public Service. The UT System manages Oak Ridge National Laboratory through its UT-Battelle partnership.

Boyd is the founder of Radio Systems Corp., a Knoxville-based business. They have more than 800 employees, offices in six countries and produce pet related products under the brand names PetSafe, Invisible Fence and SportDOG. He also serves as chairman of Boyd Sports and is the owner of the Tennessee Smokies, Johnson City Cardinals, Greeneville Reds and Elizabethton Twins.

Boyd served as chairman of the Tennessee Higher Education Commission and as commissioner of the Tennessee Department of Economic and Community Development. He was a founder and co-chair of the Governor’s Rural Taskforce, which exists to help state government and industry leaders find solutions to the biggest challenges facing rural Tennessee.

Boyd also served as Gov. Bill Haslam’s special adviser for higher education. He was the architect for Tennessee Promise and Drive to 55 and was the founder and chairman of Tennessee Achieves—all initiatives aimed at increasing the number of Tennesseans with post-secondary degrees to 55 percent by 2025 and decreasing financial hardship for Tennesseans pursuing degrees.

Through his philanthropy, Boyd also supports the Boyd Center for Business and Economic Research and the Anderson Center for Entrepreneurship and Innovation’s Boyd Venture Challenge seed grant program for student entrepreneurs, both through the Haslam College of Business at UT Knoxville.

Boyd is the first in his family to graduate from college. He earned a bachelor’s degree in business with an emphasis on industrial management from UT Knoxville. He also earned a master’s degree in liberal studies with a focus on foreign policy from the University of Oklahoma.

Boyd and his wife, Jenny, live in Knoxville. They have two children and one grandchild.